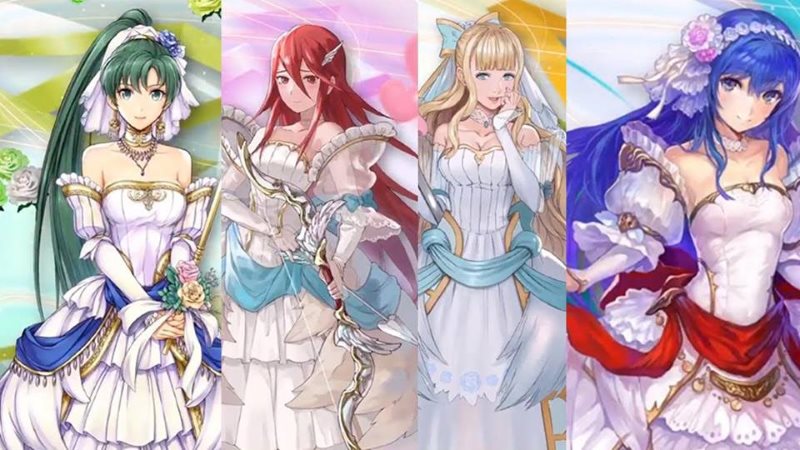 I was a solid fan of the Fire Emblem games on the GBA, but I didn’t keep up with Nintendo hardware. As a result, I stopped following the series. Having a little experience with other Gacha games, I didn’t jump on Heroes right away, but having finally given it a try, I’m very fond of it.

Fire Emblem Heroes is published by Nintendo and is available on iOS and Android devices.

Fire Emblem Heroes (FEH) is a mobile Gacha game. These are free to play games that revolve around building a collection of characters which you get through random chance draws. There are innumerable games of this sort in the mobile game space.

This one is about sword and sorcery type characters who are gathered from various different worlds and time periods to do battle, under your leadership, against various foes.

Leveling up in FEH

Characters start at level 1 and go up to level 40. They have 5 ranks, or star ratings, though you rarely see any rank 1 or 2 characters. Serious players are only much interested in rank 5 heroes, which are rare but can be consistently acquired through play.

Some characters are very easily available through quests you can complete, others are given away as promotions, but most are acquired through the Gacha mechanic by turning in orbs for random rolls on the character table. Different sets of rare characters rotate in and out of availability. New characters are added frequently.

The game has a number of in-game currencies, but orbs are the key to getting new characters and are therefore the most in demand. Feathers are used to upgrade ranks and are also very desirable. The rest tend to be less critical to gameplay, but all have their uses. Cash purchases are usually for orb with other currency added a rotating bonus.

Like most FTP games I have played, the free and earned currency is pretty generous, especially for new players. So you really don’t need to spend money unless you are a completionist or want to accelerate very quickly into competitive PvP.

And while there is competitive PvP, it is off-line, meaning your opponent is not controlling their forces, they are taken over by the AI. This gives the active player a very significant advantage. The elite PvE challenges are the most difficult part of the game.

Character development is multi-faceted. In addition their level and inherent traits, characters have a range of different combat skills and weapons you can customize them with. They can also form relationships with one another so that when two specific characters team up, they get bonuses. It’s actually a pretty deep system for a casual game.

The turn-based combats are very much tactics oriented. Combats are short, usually about seven turns for each side. There are different move types, ranges, area attacks, terrain, and other considerations. Since enemy AI is predictable (but capable) and combat outcomes can be examined prior to engagement, the combat has an almost puzzle-like quality to it. Indeed there are puzzle challenges in the game that can be real brain twisters.

Compared to a traditional Fire Emblem game, you will get a lot less story, a much longer play time, more tactics, but less strategy.

Outside of card games, I think this is my favorite Gacha style game. I’ve played a few I liked, and a few I didn’t, but Fire Emblem Heroes hits a sweet spot for me.

I’m fond of turn-based combat, and at first, Fire Emblem felt weak there because combats were simple and easy. But this is just the game training you up slowly. As you challenge yourself with higher level missions, you get a sense of the increasing challenge and complexity. Once you get a team of characters at max level (which does not take long) you realize that there is both a lot of refinement in character builds, and a lot of hard tactical thinking needed to win the tougher challenges.

While I was playing they introduced a training mode, which is really a long series of puzzle combats with fixed units on both sides. Generally, they are set up so there is only one way you could possibly win and you have to learn all the ins and outs of the mechanics and tactics to succeed at the tougher puzzles. It really highlights the depth of the game and teaches you that what may seem impossible, probably has a solution if you just think hard enough.

Many Gacha games fall into the trap of having level be everything. Tactics only matter in the narrow windows where the content exactly matches your character’s level. But in FEH, your tactics and game knowledge really are important and the challenges are really well parsed out so that you always have something to work on. I’ve yet to beat the most difficult challenges the game offers even though I have very effective characters on my team.

But at the same time, you don’t need to do these most difficult challenges. You can happily grind away at the easy stuff, and still collect lots of cute and colorful characters. Speaking of which, I quite like the art direction for the game. Its a nice mix of artists and styles. It’s PG rated and while it has its share of fan service, at least half the female characters are wearing sensible armor. And boys are about the same, half normal, half beefcake.

The writing is good, and the translations seem well done, but don’t look for a deep story here. The story mode mostly has a light touch and comes in bite-sized chunks. They do a nice job giving you a sense of every character, but the plot is cookie-cutter stuff, and the drama is light. That puts it head and shoulders above most casual games but well behind with what Fire Emblem, as a series, is known for.

Easy on the wallet

The game economy is balanced nicely. So long as you don’t feel you MUST have every character or a specific character, you can play competitively without paying a dime and without excessive grinding. The game is generous with orbs, especially when you first start out. Even after you get through all the initial give-a-ways, you will keep getting rewarded at a reasonable pace.

If anything, I’d say what you get when you do spend money seems underwhelming. What you get for $10 is about what you could earn from a couple hours of playing with an eye to getting in-game rewards. But I’ a cheapskate in FTP games, for me earning the rewards is part of the fun. I did buy a starter pack once I decided I really enjoyed the game to show my appreciation.

The overall craftsmanship and polish is also a high mark. Nintendo is good at that and FEH stands well above many others in attention to detail, clarity of instructions, art direction, audio, and more. I honestly don’t have a single complaint or nit-pick about this games design or craftsmanship.

Finally, I’ll praise the support for the game as well. In a gacha game, you want new content to come out pretty regularly, and the pace of updates has been perfect for me. Small additions about once a week, and new game modes about once a month. I always feel like there is something new to check out.

If this type of game sounds at all appealing to you, I definitely recommend Fire Emblem Heroes. Not many games work well both as a casual experience and as a hardcore brain teaser.