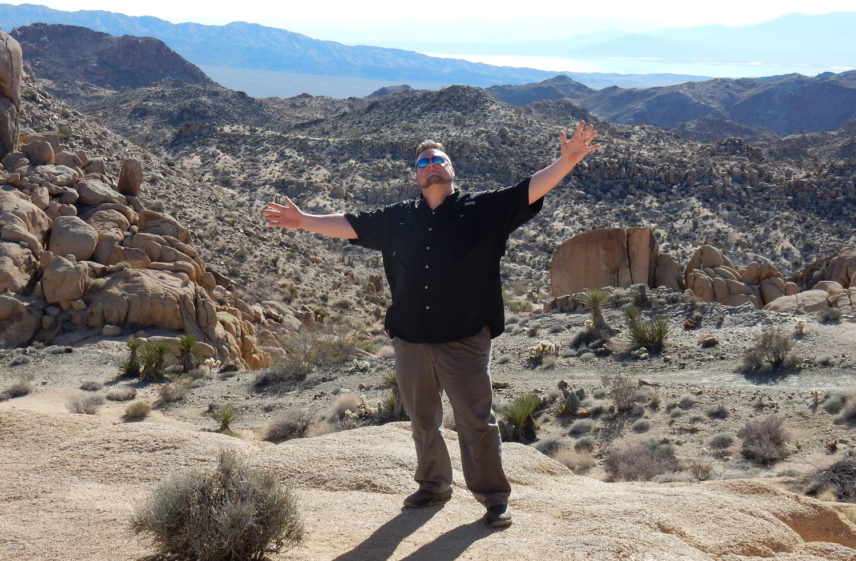 This is about my ambition to make a living at entertaining people through gaming. So it’s about this site, and me, and what I hope to do. It’s also partly a meditation for me on these subjects. Consider it an early peek into whatever may come in the future here and a sort of time capsule for the site.

So what is the plan?

In a nutshell, I want to be a successful game streamer. I’d like to find a way that I can spend a lot of time playing and thinking about games, give people something they can really enjoy, and make a living at it.

Exactly how this will happen, I don’t honestly know. I’ve often found success in life by having an intention, then working out plans as I go along. I don’t presume to know exactly what will happen but I always have goals in mind.

The basic plan here is to monetize myself. The streaming game is about providing people with entertainment, but also providing people with a kind of virtual relationship. As a person who’s been virtually involved most of my life, it comes pretty naturally to me. I like people, I like to make connections and I love entertaining folks.

I don’t much like asking for money, but that’s one of my goals, so that’s part of the plan. I’m hoping to do so through a mix of strategies: asking for small donations, directly selling my own products and services, and selling products I like through affiliate advertising.

I want this to be a mobile enterprise; something I can do from anywhere in the world. I want it to be something that may take a lot of time, but doesn’t always tie me down to a specific schedule. I also want it to be an enterprise that can grow and adapt and change.

How did this start?

The COVID-19 (Coronavirus) was the catalyst that got the ball rolling. I’ve always been interested in making a living connected to gaming, but I also always had a mind to being practical about making money. While I’ve dabbled in publishing games and programming games I never dived all in.

Five years ago, my wife and I sold nearly everything we owned and started traveling. We bought an Airstream Trailer and roamed the country for 3 years. Then we sold that and bought tickets to Japan and lived there for 2 years. (I’m still in Japan as I write this but we have plans to return to the US at the end of the year.)

During the travels, I toyed with many ideas for making money but most of what I earned was working odd-jobs while I traveled. I toyed with the idea of being a professional Game Master at one point. Ultimately, I didn’t feel like I could make that work. I didn’t pay much attention to streaming and YouTube but I know it was popular and I had friends who told me I would be perfect for it.

I liked the idea, but I didn’t take it too seriously. It just seemed too ambitious and too far fetched. But as Japan locked down to combat COVID-19, my day job closed shop and sent us home for a while. To my shock, they also decided to pay us during this time. So I had a lot of free time, stuck at home, but didn’t have to worry much about money.

In my first month, I caught up on my gaming. I played a bunch of games and just loved it. The second month we were quarantined with pay, I decided to try my hand at streaming. It turns out, I loved it. Playing games is fun, playing games with an audience (even if only an imaginary for early streams) was even more fun. I love gaming, I love performing, it should be obvious I’d love streaming. And basically, the excitement of it overcame my fear of the admittedly high risk of failure.

Anne had actually been encouraging me to do this and seeing how much I enjoyed it, she decided to give it her full blessing and endorsement. I wouldn’t be doing it otherwise. Having given her 5 years of travel, she decided she’d do all she could to help me be a streamer. That’s pretty much what truly set me on this path.

Where am I at now?

Anne and I have built up a lot of infrastructure for the whole streaming endeavor. We’ve got essential hardware and software squared away. We’ve got this website set up and running. We have a growing Twitch channel and Facebook group for streaming. Our Twitter and Facebook accounts are used for advertising and connecting to fans. We have a couple of YouTube channels up and running to provide persistent content. I’ve got my Patreon page up and running. I have a Discord Channel set up. I’ve even got my accounting set up and mostly operational.

I’m streaming on Saturdays and sometimes on Sundays here in Japan. The timing is very difficult because I can only stream during daylight hours (to avoid disturbing neighbors) and yet I mostly work during daylight hours at my day job. I’m also very bad at waking up early. I’ve always been rather a night owl.

Both on Facebook and on Twitch I’ve started to get some viewers. When I started, I had pretty much no one watching. Now I will consistently have at least a few folks come by, and usually, at least one person will chat with me during the stream. I’m starting to get follows even when I’m not on live. On Facebook, I got to the level where I can start accepting donations.

YouTube is a lot farther off at the moment. Most of my content is on my personal YouTube page and most of it is political in nature. That will be an aspect of my personal brand, but I wanted it distinct from the game material. I still have a lot of work to do to build up the YouTube library and attract viewers.

I don’t really have any products to sell just yet though I’ve plenty of ideas and bits and bobs that could become products of some kind. We do have a download store on this site, and I’m set up to sell products on Amazon as well as other digital marketplaces. Most of what’s in the store now are either free or stuff from the past that isn’t worth promoting due to being out of date.

Another thing I’m doing quite actively is cultivating a network in the world of streaming and game fandom. Specifically in the world of Dungeons and Dragons Online. It’s one of my favorite games and I’m already a little bit well known in those circles. It seemed the best place to start building and networking. So far, its been pretty successful. I plan to do the same with Hearthstone where I’m not well known, but where I am part of the fan community already.

I’m struggling somewhat with balancing my need to make money now (day job and freelance writing), my need to invest time in this enterprise, my love of playing games, and my level of energy/ambition. Still, it’s not a bad struggle and in the end, anything I spend my time on is rewarding in some way.

While I remain in Japan I’ll continue to slowly build up the foundations of this enterprise. I’ll keep studying the technology, networking with streamers and gamers, creating content, and streaming on weekends or whenever I have free time. I won’t focus so much on making money as building up my brand and audience.

Once I get to the US I will have some concentrated free time for a short while. I’ll go into something of a hyper-drive (hopefully) and do a lot more streaming and content creation. It’s then that I’ll be able to give my audience a taste of what’s possible if I can get sufficient support. That’s when I’ll really start pushing for patrons and product sales.

So the winter will probably be a critical time where I find out if this enterprise has what it takes to get off the ground. I don’t expect to make any serious money, but I will see if it can make any at all. I’ll also see what it is like to really live a lifestyle dedicated to this enterprise instead of tinkering and daydreaming about it.

My dream is that I can create a kind of virtual media empire in which I’m making content that people love, interacting with folks in a way that enriches their lives, and making enough money I can live frugally while realizing my ambitions to travel around the world.