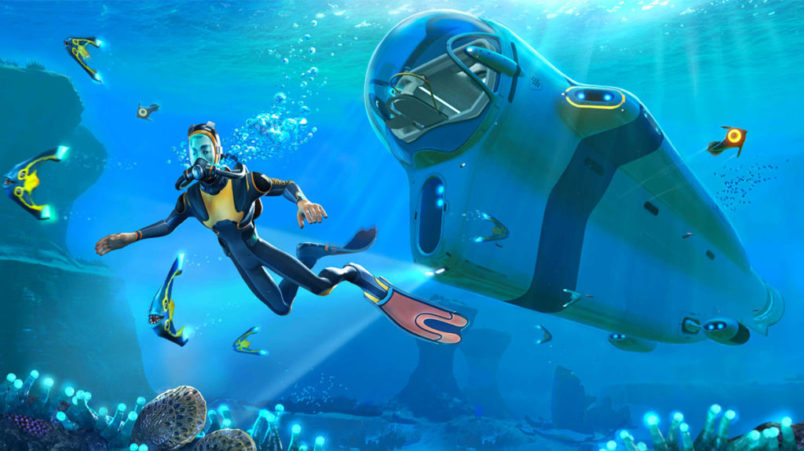 Over the last couple of years, I’ve been inundated by a flood of free games. At last count, I had around 150 or so titles given to me in the last 18 months or so. This is far from the worst fate I can imagine, but it’s a phenomenon that has me wondering about the why’s and wherefores and what it means to me as a gamer.

Where are all the free games coming from?

For me, two sources: the Epic Games Store and Twitch. The twitch games aren’t technically free in that I got them because my wife has an Amazon Prime account and they doll out goodies on Twitch to Prime members. The Epic Game Store just straight up dolls out free games every week and has been doing that since they started.

BTW: If you sign up for Prime with This Link, I get a little kickback from Bezos. You get free games, free shipping and other goodies. Expires Dec 30, 2020

I’ve also got a few on Good Old Games, on Sony, and a few other services but I don’t use those nearly so often and they dole them out a little more rarely than the veritable firehose of Epic Games Store and Twitch+Prime.

What games are they?

The majority of these are indi-games or older games from small publishers, but there are quite a few AAA games in and among them. Assassins Creed Syndicate, Batman Arkym City, Just Cause 4, and Watchdogs are a few of the AAA titles I got this year. Subnautica was the first free game I got from the Epic Store and I love that thing to pieces, just a fantastic game!

Some of them, I’ll never play. I’m not much into bullet hell games or platformers but a lot of these are definitely games I’d be willing to spend money to play if had the time and didn’t get them for free.

So why am I drowning?

Well, that’s hyperbole of course, I’m perfectly happy to have a huge library of great games and pay absolutely nothing for them. But it does leave me feeling a little strange and perplexed. I could literally spend years several playing these games and be quite satisfied. And with 2-3 more coming every week, I could never have to buy another game.

Of course, I still will occasionally desire some new and shiny game, and even more occasionally, I will spring for one. But it gets harder and harder to justify spending any money when I have an absolute mountain of very cool games to enjoy already. I think in the past year I’ve only bought two games: Fire Emblem Three Houses for the switch and an expansion for Civilization at a steep discount on Steam.

I’ve always been a rather “bad consumer” in that I don’t buy a lot of products. If the whole world were like me, the whole consumer economy would have crashed long ago. But these promotions are pretty much turning me into a non-consumer in the gaming sphere. I can’t be the only consumer having this reaction.

I’ve got a review of Disco Elysium. It’s a fantastic game I highly recommend to adventure fans.

Why are they doing this?

Amazon makes some sense to me. They are a behemoth and they get a lot of benefits driving people to Twitch and pushing Prime subscriptions. They probably pay some nominal fee to the game makers and they reap that back with advertising and memberships.

Epic Games is more puzzling to me. It made good sense at first. They are trying to compete with Steam which is an absolute cash mountain for Valve. Giving some games away gets them a lot of free press. It certainly got me to go sigh up and it gets me to check in regularly. But the sheer volume and quality of the games they give away seems overkill.

Last holidays they had a promotion for a free $10 coupon to spend in the store. I found that pretty much any game I could spend it on that was under $20 and that looked interesting, I pretty much had nothing to spend the coupon on so its still just sitting on the account. I’ve literally bought nothing on the Epic store in the nearly two years I’ve had it installed. Yet I have 84 titles in my library while writing this.

I suppose they have gotten me to spend less money on Steam, not that this really benefits them. They have my attention certainly, and my appreciation. But they don’t have any of my money nor are they likely to get much any time soon thanks to their own efforts.

What about the publishers?

I’m guessing it actually makes more sense for them. I don’t know if Epic is paying them for these downloads in some way. I presume they get some kind of compensation for this if not anything especially grandiose. I have become interested in some of the franchises thanks to playing the game. Deliverance: Kingdom Come certainly primed me to want to play the sequel, and Subnautica wowed me enough to eyeball its next incarnation.

Others are clearly hoping I’ll grab the paid DLC that’s available for these titles. That’s not too likely with me, I already feel like most games are longer than I’d like them to be and well, I’ve got no shortage of other games to try instead. Still, I’m probably more an exception than I am the norm.

Are you drowning in free games? Do you want to be? Has it affected your game buying habit? Do you have insider information on the how’s and why’s of these giveaways?

I’d love to hear about it!

The Netbook of Feats for 5e