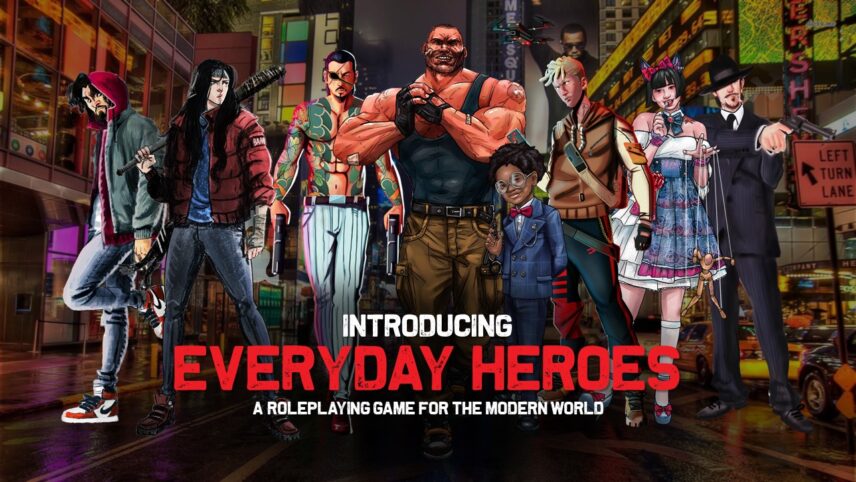 Since mid-December, I’ve been working on a new and very special project. I was contracted to be a lead designer for a new TTRPG inspired by d20 Modern called Everyday Heroes. I’m very happy to be working on this project, and super excited for it to come out so everyone can enjoy it.

So, what’s it about?

The central theme is “Modern and Classic Action Movies.” Chases, shootouts, fistfights, sleuthing, and all the other trappings of action cinema are represented in the rules and stylings of the game. For now, were focused on “real life” stories rather than supernatural urban fantasy. Our time frame is the last 50 years or so of action cinema, but with a focus on more modern films and themes.

We are basing the rules on the 5e system, the game rules used for modern Dungeons and Dragons. A lot has to change to fit a modern setting but the engine under the hood remains the same. Many ideas from d20 modern are also found in the game as well as plenty of original ideas from myself and the other game designers.

When is it coming out?

We don’t have a hard date on that yet, but our Kickstarter is currently scheduled to begin April 22nd and we have tentative plans for the game hitting stores in early 2023. I’m hard at work now on the core rule book and we’ve begun outside playtesting.

What can I do?

I’m so glad you asked. If you want to get in on playtesting Everyday Heroes, we are recruiting for that exact purpose. I’ll be running some games myself once I get the lion’s share of my work done, but we also need people to test it with their groups.

You can put your name in the hat here: Playtest Signup for Everyday Heroes