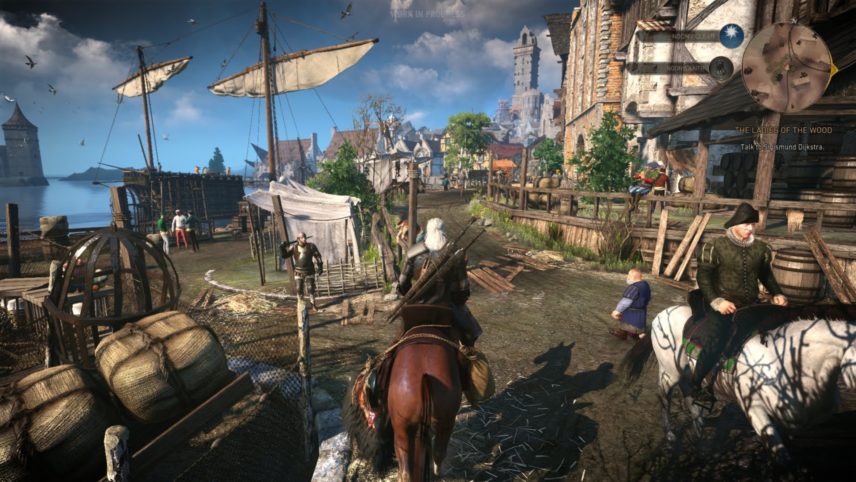 I enjoy the process of categorizing and organizing information, and that also includes figuring out game categories and taxonomy. It’s one of the character traits that led me into software development and game design. My personal compulsions aside, here are some of the reasons justifying the effort.

Items 1 and 2 serve as practical reasons and serve as a good way to evaluate categorization. The first tends to argue for broad categories that describe a whole range of gameplay experiences. Meanwhile. the second tends to favor a more fine-grained approach.

The last two are really more academic, though they are the primary motivations driving me to write this. I hope you share them as well and I’d love to hear your ideas when you’ve finished reading this.

There are a ton of different ways we categorize games. And within any given category there are a host of other sub-categories. Some of them are very useful for us, some not so much and often they intertwine with one another.

I think we can also categorize these vectors themselves into groups based on who the information is relevant to and why it is relevant.

These Game Categories give us a quick read on what to expect if we were to play the game in question. They are often the most difficult to pin down and the most likely to change over time. Interestingly enough, the definitions between these sub-categories tend to blur.

The goal of this category is to examine why we play a game. Every game should be scratching some kind of primal itch in players — creating an experience they want to engage in. Here is how I’d divide this category.

For inclusion in this list, the category needs to describe the nature of play and presume some motivation behind it. I want to avoid overly specific implementation and save that for mechanics. These are the innately human desires whereas mechanics are how we achieve them.

You can read descriptions of these play style categories and some analysis of them here.

If playstyle represents the goals of game experience, then mechanics are about how that is implemented. Every game contains a whole host of fine-grained detail about the rules of play. The level of detail at which we categorize them tends to vary based on our goals. A game designer is interested in minute details but a consumer probably wants a much higher level abstraction.

RPG games are a great case in point. The label can tell us a lot about a game. You could argue it’s really a hybrid playstyle rather than a mechanic, yet for many people, the game mechanics are what sets it apart from an adventure game. Personally, I’d treat it as a playstyle and then use individual mechanics to differentiate into sub-genres.

Then you have a category like “simulation” which on the face of it could be any game. They all simulate something to some degree. We have to read between the lines to see this category as being games about some mundane or common activity in real life. Even then where is that line drawn?

There are also questions of depth and difficulty to consider. The idea of Casual and Hardcore games has real meaning both to designers and consumers. It’s the mechanics that tend to dictate these factors so I think this is the best place to consider them.

The setting also might be a fit for describing a game that is part of an established IP. It could be the sequel to another game, or part of a larger body of media including books and television.

In the early days of computer games, Aesthetics and technology were somewhat one and the same. Technological limitations dictated what games could look like and sound like. Now, these considerations are often intentional choices. Retro aesthetics have become popular both for nostalgia and because they can serve to enhance gameplay by moving the focus of a game away from its visuals or allow players a greater scope of imagination.

Aesthetics can also be used to describe the player’s perspective in a game which can inform a lot of other game design decisions and enhance or detract from the intended playstyle.

Classification is of course what hardware you can play the game using. It doesn’t tell us anything intrinsic about the game itself but it’s none the less very useful. Historically it is of interest to know what platforms a game appeared on, and if you are looking for games to play, you are generally limited by what platforms or emulators you have available.

The complete list in this category is incredibly long. With computer platforms, it can be complicated by the system requirements (both software and hardware) needed to run it. It’s probably better not to try and include that detail as categorization.

This category could also include information about hardware compatibility such as controller support, though if the controller is integral to the game experience (say a dance pad or drum kit) then that might also fall under mechanics.

In the past, this didn’t really tell you much about the gameplay, but with the rise of the Free to Play + Microtransaction model, the nature of gameplay has become more entangled with the mechanics driving the games. Beyond that, its information that consumers are often interested in. I’m not sure it makes a good category in and of itself, but it is significant information for a game that is still on the market.

The language of a game strongly influences who will buy it. This information isn’t always necessary for reviews or product descriptions due to the localization of sales channels. None the less it is often very important.

Less common, but possibly more important is information about what level of accessibility the game offers for those with disabilities. Games that can be played by the blind, or the deff, or those with visual impairments are an area of growing interest. Likewise, support for controllers designed for the physically disabled is worth noting. You can find out more about game accessibility here.

This isn’t strictly a category of games as the particulars of content warnings tend to stem from other aspects such as setting and play style. None the less it is an important area for consumer purchasing decisions.

This section describes categorizations that are pertinent to the business of making games. Neither is useful for consumer choice or game description. You will see them come up in discussions of video game culture, marketing, and production.

As consumers, this category might seem limited or even bigoted in some fashion, but for game publishers, it’s a very critical consideration. Who you want to market a game to in a competitive marketplace drives a lot of the design decisions in making the game.

Age is probably the most common targeting category within the audience. Some games exclusively target children while others target or are restricted to adults. Such targeting is rare, but it does represent a significant range of games.

Games also target men or women but there is never a true restriction and the targeting is rarely made explicit. This is also a pretty controversial way to categorize games so its probably best left undeclared.

Categorizing games by the type of developer or publisher has been a long-standing practice. The category- AAA games has become a stable for describing games produced by a large team with a significant budget. Indi Games are those created by smaller teams that are not part of a sell established studio.

These categories aren’t especially useful for telling us a lot about the game itself. They seem to exist more as a basis for evaluation by critics or to try and promote smaller developers who are seen as more creative. It can also be difficult to draw a hard line as to who exactly is an “Indy”.

I suspect post on Game Categories will be something of a work in progress. No doubt I will meditate upon it regularly. Looking upon my burgeoning collection of games, I will continue to be motivated in my classification efforts.

Ultimately, the best system is the one that gives you the most utility. I expect that as I continue to try and use these ideas, I’ll find flaws and see new ways to organize the underlying ideas.

I’d love to hear what you have to think about the subject. Feel free to leave comments about game categories or links to articles you have written or find interesting on the subject. Ideas I like are likely to get incorporated into the article over time.