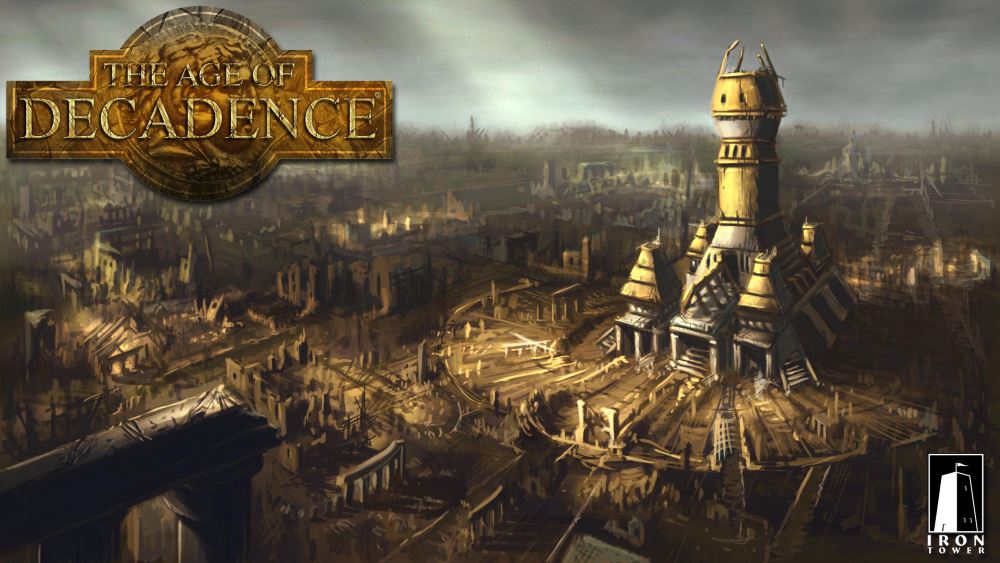 Age of Decadence – The Most Underrated Game

It’s not uncommon for me to rave about a game that doesn’t get a lot of attention. I have some unusual tastes and a lot of tolerance when a game can deliver something unique. Nearly every game I’d give a nod to in this category is an RPG of some kind. Right now the hill I choose to die on is Age of Decadence by Iron Tower Studios.

What is Age of Decadence?

It’s a turn-based RPG with a heavy emphasis on choice and consequence gameplay. The graphics style is isometric both for combat and exploration. It was released in late 2015 and as an indie-game the production quality is competent but nothing special. I reviewed Age of Decadence in April 2019 if you want to get a detailed description and check out the visuals.

Why is it underrated?

The reason this game is underrated is that it wasn’t designed for broad appeal among RPG gamers. The developers pretty well declare this in the product description. It’s kind of a hardcore RPG in so much as actual role-playing your character is essential to playing and surviving the game.

In most games, you make your characters and there are lots of choices about powers and abilities. Yet, no matter what you choose, you will probably be able to play, survive, and complete the game’s storyline. Typically, what type of character you make has no impact on how that story turns out. While you may get some dialog choices that slightly branch your endings or decide the fate of some NPC, by and large, you can freely pick them at those branching moments.

In Age of Decadence, the moment you decide your background and skills, whole swaths of the game lock themselves away, while others open up to you. If you don’t build your character to play a role and if you don’t try to play that role well, you will very likely die a horrible death somewhere along the line. If you play a thief, you had better think like a thief, and train to be the best thief possible.

Dialog play is really important. When you make a choice, don’t do it idly. This is not a game where you can just keep trying options until you get the one that gives you the outcome you like. Say the wrong thing to the wrong person and you will get a dagger in the neck and its game over. If you are paying attention to what’s said, and your character’s skills, these choices can be skillfully navigated.

When they say branching, they really mean it.

Yet here is a game where you can have a complete character experience as a diplomat, merchant, thief, soldier, priest, con-artist, and many other archetypes and that choice makes a huge impact on how the story will unfold. While the plot begins the same every time, the impact your character has on the world is enormous and the number of ways the plot-lines can be resolved is pretty breathtaking.

Only by playing the game multiple times as multiple types of characters will you come to realize just how deep the rabbit warren goes with this game. While you can play through the thing in 12 hours or so, there are more than 600,000 words of dialog and description in this game. The amount of work they put into storylines and locations that most players will never see is pretty amazing and understandably rare.

Summing up: Choices change the story

For me, the ideal role-playing experience is that my character’s choices forge my character’s destiny and that a wide range of destinies are available. In Age of Decadence, your character’s choices can have personal and earth-shattering impacts on the story. Not only that, but the choices and consequences both make sense. To achieve this, the developers had to perform some herculean efforts of writing and story crafting while at the same time alienating huge swaths of RPG fandom who just want to whack monsters until their characters defeat the big bad guy, get the treasure, and save the world.

If you are keen on trying it out, you can get it on Steam here. Or on GOG here. It’s usually about $15 and well worth it.