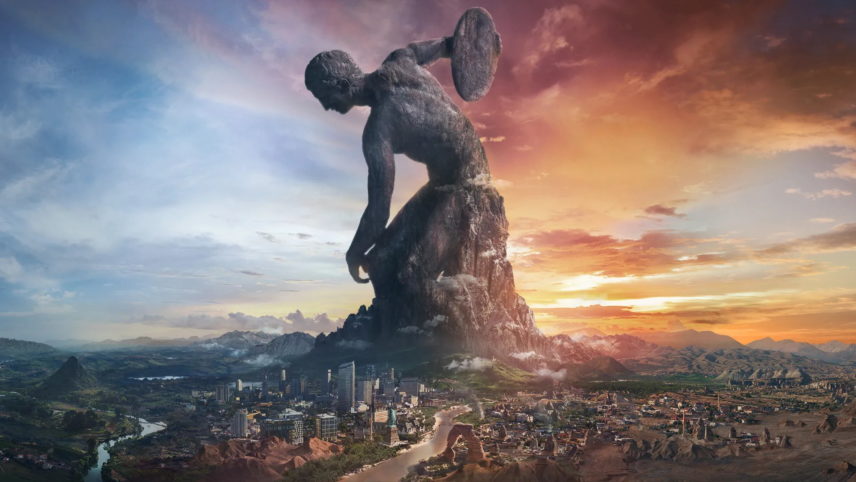 Unlike many of the other articles in this series, this one didn’t require too much thought. I love Civ! I’ve probably played it more than any other game franchise and I will likely continue to do so long after they stop making new versions of it.

What is Civilization (the game)?

Technically, its called “Sid Meier’s Civilization” but most fans of the game just call it Civ. It’s a long-running strategy franchise. The first game was released in 1991 and the current version is Civ VI which came out in 2016.

Typically the game starts out with a tribe of nomads settling a new city in the wilderness. Then, you manage their civilization’s progress through history until you achieve some over-arching goal that sets your civilization apart from and above all others.

The gameplay is a mix of exploration, exploiting resources, developing technologies, and fighting off rivals on the battlefield. Every game starts simply and grows in complexity as your civilizations grow and expand. Ultimately, it is a very complex strategy game you can play with the computer or against human opponents.

In addition to the classical style of play, there are also many specific scenarios designed to simulate important periods in history, and there have been spin-off games focusing on a specific era or imagining the colonization of a new planet.

In the course of playing there are a lot of opportunities to learn about world history and world culture. The game includes a “Civilopedia” that gives you historical information about the people, places, technologies, cultures, and events depicted in the game.

Why do I love Civilization?

I’m a sucker for nearly any strategy game, but Civ tops the list for a few reasons. One is that it combines an element of role-playing and storytelling with its strategic play. History is a story after all, and the game does a great job creating drama to surround all the strategic choices. Furthermore, you have the freedom to role-play your civilization while still trying to achieve victory. If you want to try and be a strict pacifist, you can do that. If you want to be a warmonger, that can also be a way to win.

That leads to the second point, Civ has multiple ways to win the game. This means that even if you master one style of play, you can come back and devise a new way of winning. The original had two paths to victory: destroy all the other civilizations or build a rocket to colonize Alpha Centauri. Subsequent games have added: diplomatic victory, cultural victory, religious victory, and others. While all paths require the same basic gameplay, they each call on you to make different choices in the short and long term. Furthermore, the paths your opponents choose can impact how you compete with them.

Civ is famous among its addicts fans for the slogan “one more turn.” This is what you say when it’s probably time to go to bed but something exciting will happen in just “one more turn.” But truth be told, something exciting will happen the turn after that, and after that, and pretty soon the sun is coming up and the birds are bidding you good morning.

Early on, the game dialed in on a magic formula. It gives you just the right number of decisions to make each turn and features enough things happening that each turn feels like an important moment in the history of your civilization. Later iterations cleverly manage the increasing complexity of the game by giving you the means to automate certain aspects of it. All this works to keep you dialed into that perfect balance of choice and consequence and anticipation for what will happen next.

Among Civ fans, “which is your favorite” is a pretty common question. Each iteration will offer different rules changes, challenges, civilizations, and so on. Personally, I like them all. I enjoy that the games change and adapt over time, trying out new ideas. I typically play whichever is the most recent. Overall I feel like they get better each time though due to the trend in making expansions, often the new version, when first released, has fewer features than the previous one at the end of its life.

All that said, every version of Civ has been a high-quality game. Even though it’s had many different owners and designers over the years, the brand overall has maintained a reputation for high-quality production and design. In the 30+ years, the series has been around, I don’t think there has been any point at which you could point to a competitor and say, “well, it’s a lot like Civ but better.”

The only area that the game is constantly critiqued for is the computer-controlled AI. There are aspects of the game it’s been consistently bad at, typically its military tactics. Higher difficulties give the AI many numerical advantages to work with but it can often squander them on the battlefield so poor that you imagine the enemy generals have gone completely mad.

I’d love to hear what your favorite game is and why. I’d say there are no wrong answers… but some of you might take that as a challenge. 🙂