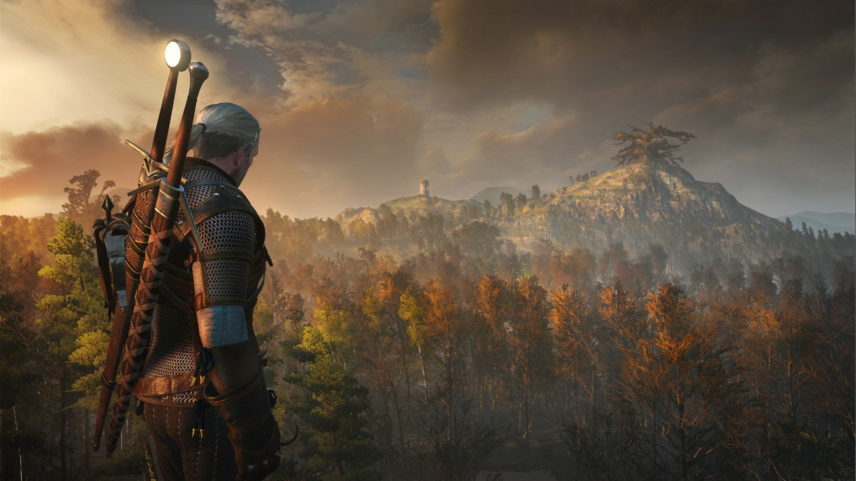 This category is a tough one for me. I can’t think of any game that stands all that tall above other games. There are so many games that look absolutely amazing that it’s very hard to pick a stand out. I also tend to play games that have been around a year or two so I’m rarely playing state of the art games.

Nor do I have a favorite visual style. I enjoy and appreciate everything from text-only adventure games to fully realized 3-D worlds. I like abstract, realistic, surreal, and pixel graphics games. So long as the art serves the game, I’m a happy camper.

Essentially, its the last game that really wowed me both for the technical quality of the graphics as well as the creativity and beauty of the art direction. Since Witcher 2, CD Project Red has just been setting the bar for beautiful realism in game graphics. The level of craftsmanship coupled with the massive scale of the game is just breathtaking to me.

The imagery I remember most from the game is the Ladies of the Wood: three monstrous crones that Geralt encounters after some investigation into an old legend. The detail in their design and their sudden appearance was shocking and awesome. The clip linked above gives you just a taste of the quality of the artwork in the game.

Any individual character, monster, or scene is impressive on its own, but wander anywhere in the game and the combination of weather, light, shadow, and environment makes you want to start snapping photos. The mind boggles at just how much work went into making it. It will likely be surpassed someday, but not without a whole lot of effort by very talented developers.

There is really no end to the number of games in which I really admire the art style or quality, but here are a few that sprang to mind for this category among recent games I’ve played.

Subnautica is a fantastic crafting/adventure game set on a water-world planet. You spend most of the game swimming through fantastic underwater environments teaming with life. It just made me happy to swim around and look at things. Everything in the game had a great design and look to it.

Minecraft may not seem like a visual powerhouse, but it shows how sometimes less is more. It gives you enough visual information that you can make a fantastic wonderland but not so much that you are overwhelmed by information. It’s pure genius on so many levels.

Borderlands 2 is a great showcase for imaginative visual storytelling and style. Its a surreal blend of comic book aesthetic and 3-d modeling that you never really question while playing and yet makes you feel part of another world. From its character designs to its endless arsenal of wicked-looking weapons, its a masterwork of visual style making a game something truly special.